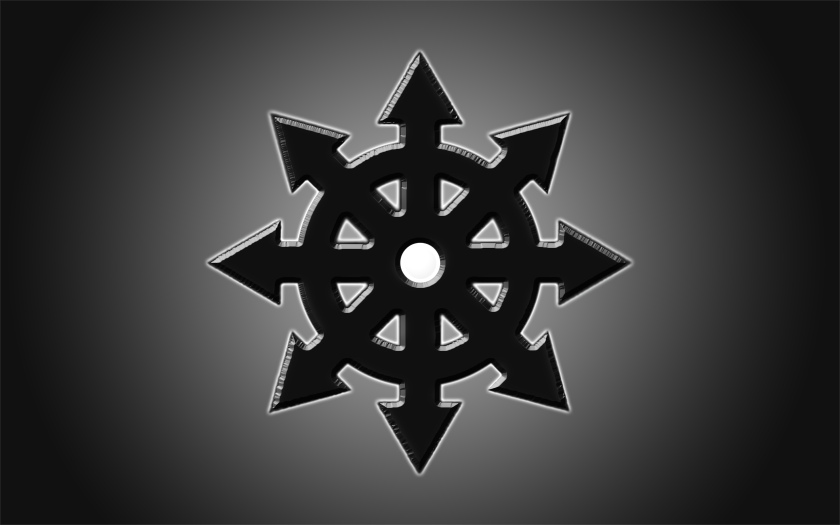 I was in my local Wal-Mart this morning to pick up some photos my younger son and I dropped off yesterday for developing and I was perusing the men’s t-shirt department and I got the bright idea to see what it would cost to create my own t-shirt design featuring the Chaos Star so I could visually pledge my allegiance to the Ruinous Powers.

I walked around adding up in my head what it would cost to get all the supplies and I eventually decided that with a blank shirt, paint, letter stencils and so on and so forth, I would only save $3 compared to what I would spend by ordering an already printed one off the internet. Granted, if I went ahead and created my own, it would quite likely be a one of a kind, but that’s not at the top of my priority list. There’s too many things to do right now before I take time to make a t-shirt I really don’t need.